Settling in after a long day! 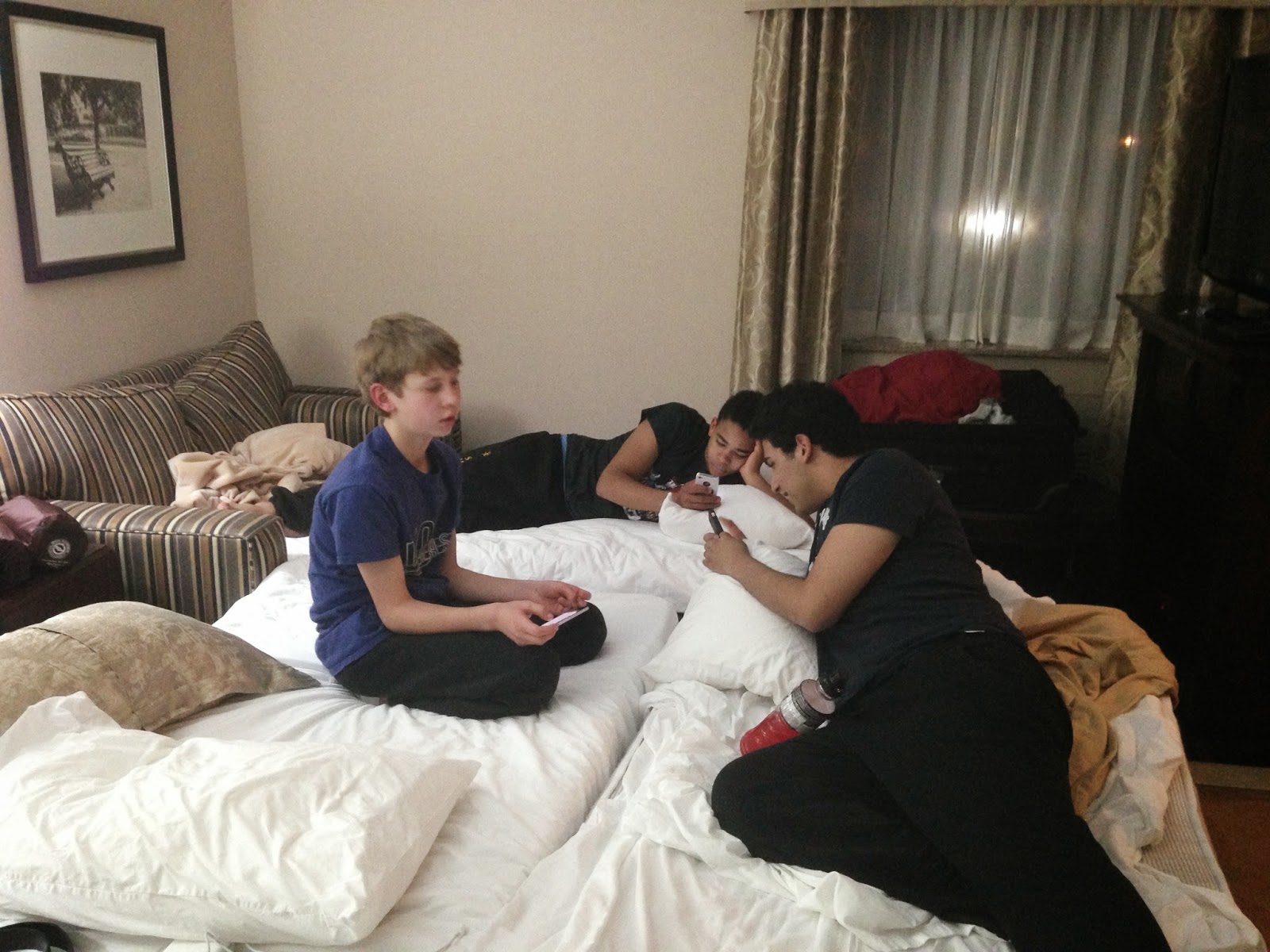 Wow, it truly was a long day of travel, just to get to the hotel.  After everyone arrived safely at the airport and waited till 4:00pm to pick up the rental vehicle we are told that they do not have the mini van we rented!  Wonderfully we were able to pack up into some new Chevy 6 passenger vehicle that barely has room for our gear.  Packed in and pilled up to the windows we made our way into the thick urban jungle of Canada'd Golden Horseshoe.

The drive from the airport lead us into the early rush of traffic on the 401.  We almost got parked on the 401 but were able to keep moving at a crawl.  The fact that we were on the widest stretch of highway in North America was lost on the kids in the vehicle, some sleeping, others zoning out and looking for shopping malls.  One hours later we crawled into the hotel before heading back on the road to go hit the courts and get a feel for the facility.   The facility is nice, but the courts are old school cinder block with panelling on the wall.  There are no glass backs to the courts but you can look down on the courts from above the back wall.  Coaching is gong to be a challenge and will require quite the amount to running from top to bottom between matches.  Its all part of the event.  The kids had a good 90 minutes on court and have stretched their legs enough to work out the kinks of travel.

Getting back to the room you can see that we have a sea of cots in the living room.  Interestingly there are 2 tv's in the room but neither has been turned on...everyone is opting for the small screen over the big screen.

10:25am first match of the tournament.  Let go Nicolas!